I was diagnosed with Type I diabetes on August of 1987. For about 12 years, I never had any complications. I did my best to eat the right foods, and take care of myself; but truthfully, I always had a sweet tooth. I found myself eating fast food when I was on the run. When I hit my thirties, I started developing eye problems associates with diabetes called retinopathy. After a surgical procedure in 2003, my general physician noticed that I seemed to have anemia in my kidneys. He suggested I see Dr. Stuart Homer, a nephrologist, in Avenel, New Jersey. I saw him every three months, and he was trying to give me medication to forestall the inevitable.

In May of 2004, Dr. Homer told me that my kidneys were failing. When I was finally about to graduate from Hofstra University, I received this news. I had no idea what would happen to me. He suggested I go to Robert Wood Johnson University Hospital to be placed in a transplant list. That July, I enrolled myself for a kidney/pancreas transplant. Doctors asked if I knew anyone who would be willing to donate a kidney to me. I was never close enough to anyone to feel comfortable asking them that. I have a sister; but I knew she would be reluctant to do so. Nevertheless, I still asked her just to get the doctors off my back. At this point, I couldn’t do anything else but wait until a donor was available. In December of that year, my kidneys continued to fail to the point where I needed to receive dialysis treatment.

At first I tried peritoneal dialysis I was under the false impression that it would allow me to continue working while getting treatment. It turned out to be a mistake. I had a tube surgically connected to my peritoneum membrane. For nine hours daily, the machine would push saline into my membrane to collect the waste, and then flushed it out through a tube into my toilet, while I slept. It was loud and messy. Since it was every night, I had no social life. I felt tired, listless, and depressed over my condition. I needed to go on disability at work because I felt the hours were too long and draining. I was always hooked onto the machine. It needed to be kept neat and clean, but at times, I was too tired to sustain it. I wound up getting an infection twice called peritonitis. Therefore, it led me to having a hemo-dialysis treatment instead of a peritoneal which required me to have a fistula inserted into my arm. Honestly, it worked out much better, and I had more free time; it only took 4 hours a day, and 3 sessions a week.

I never missed those sessions. I sat on a cushy chair, and then doctors would insert a needle into my fistula to draw the blood out of my body onto a machine that would cleanse the waste and water out. Then from the machine to another tube, my blood would go back into my fistula. I did this week after week, for four years.

Meanwhile, I lost my health insurance benefits because I was no longer eligible for disability. I was able to get Medicare but it only covered 80% of the cost. Consequently, I was placed on hold for the transplant. Though, I kept my position in the list, I still would not get called for a transplant until I was able to find finance coverage for the other 20%. Because of my expense, I decided to go back to work to a new company in August of 2007. My new insurance wanted a series of tests done before they would agree to cover the procedure in conjunction with Medicare. After all the analyses were done, they agreed to pay the remaining portion of the cost.

Finally on September of 2008, I received a call from RWJUH notifying me that I will soon be receiving an organ. I understood that my donor would of had to have died, and have previously decided that under these terms to give their organs to someone in need, which led me to question the act of fate that would end someone’s life to enhance my own.

That November, on a Monday morning, I was awakened by a phone ring. It was RWJUH; they found a matched donor. I was asked to head down to the hospital so I could have some blood work done to confirm that I am suitable for the organ. After the analysis, I received another call from the hospital. The doctor mentioned, “While they are still running tests, things are looking good,” and requested that I stay by the phone.

I waited as I went for another session of hemo-dialysis. The thought went through my head that this could be my last one. I repeatedly looked at my cell phone, asking myself “Did it ring? Why hasn’t it rung yet?” As soon as I was finishing my session, the phone rang. The doctor wanted me to head over to hospital for the transplant procedure. And while I really wanted to stop by my house before heading to the hospital, the Transplant Coordinator advised me to report to the RWJUH immediately

So I rush to the hospital arriving there around 7:15 pm. I was so exhausted. I looked at the hospital entrance as my heart started racing; I thought I would have a heart attack. Doctors quickly admitted me into a room, and within an hour, I was prepped for surgery. I tried anxiously to call and text as many people the good news. Then at around 9:30 pm, I was wheeled into surgery. It happened so fast; I had no one with me. I met my surgeon, Dr. Hollmann and soon after that I was placed under anesthesia. The next thing I remember, being groggily awaken as I was wheeled back into my room. The surgery was a success. I stayed in the hospital for that week and my friend Pat picked me up when I was dismissed.

When I got home, I was very tired and uncomfortable. The staples in my abdomen were pinching me. Doing daily tasks were challenging; like when I went food shopping, I had to take a cab because I was not able to drive. The shopping cart was holding me up at times. I was taking a bunch of medications and supplements. I was going to the clinic twice a week for the first month.

By the time Christmas came around, it was the first time in a long time that I felt good. I was able to walk around with a burst of energy. It was refreshing not to have to think about taking my insulin, having to get a dialysis treatment, or waiting to get called for a transplant. I felt great and I couldn’t have felt this way if it wasn’t for my donor, Dennis John. I met his family and friends, as well as the other four people who received organs from Dennis, while attending a memorial service in his honor on February 8, 2009.

I learned that on November 23, 2008 – a day before my transplant Dennis was killed when trying to mediate a domestic argument outside of his church. The argument escalated and the man pulled a gun on his wife. This resulted to the murder of the gunman’s wife, Dennis, and seriously injured another person. I find myself contemplating over the idea that an act of violence gave me a second life.

Now, years gone by since the transplant, it feels good not needing to test my blood sugar on a daily basis; though, I’m required to take immunosuppressant medication. At this point of my life, I haven’t accomplished everything I want to; however, the fact remains that I still can and I thank Dennis for that. Thank you for a second chance. 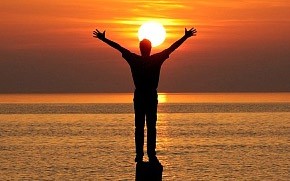 < Back to Helpful Articles