This Father's Day, Look After Your Man's Health

Father's Day is a good time—but not the only time—to help the men you care about stay healthy. 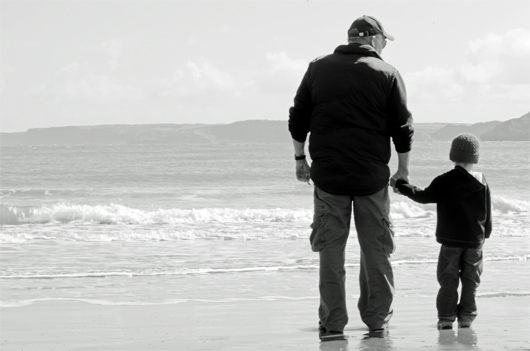 Being a man is hazardous to a guy's health. Consider the proof: Men are more likely than women to be overweight or obese; more likely to have diabetes or heart disease; and more likely to smoke, binge drink, or engage in other unhealthful behaviors. They're also less likely to visit a doctor and less likely to eat at least five servings of fruits and vegetables daily. Men live an average of 75.1 years in America, according to the latest data. Women, by comparison, enjoy a life expectancy of 80.2 years. With all that going against them, men need any help they can get to stay healthy. That makes Father's Day a good time to nudge the men you care about to take better care of themselves.

"Men die younger than women do, and most of the things that kill us are preventable," says Salvatore Giorgianni, science adviser for Men's Health Network, a nonprofit organization that advocates for preventive health strategies and education for men. "In almost every category of disease, men die at a higher rate than women."

Why is this the case? No one is totally sure, experts say, but there are some theories. "Men don't seek medical attention as much as women," says M. Hassan Murad, an internist who specializes in preventive medicine at the Mayo Clinic in Rochester, Minn. "Women tend to see the doctor two or three times more than men."

Getting Reminders Make a Difference

Experts say that those who love the men in their lives should step up to encourage guys to get their acts together. "Their families, particularly their children, have to instill in them a sense of urgency about their health," Giorgianni says. A key issue, he says, is "getting the guys that they love to feel comfortable with engaging in the healthcare system." It's not unusual for men to visit the doctor solely because a loved one urged them to. "I'm here because my wife told me to come" is a statement that Murad says he hears frequently.

It may be helpful to select a specific time of year—if not Father's Day, then perhaps a birthday, holiday, or anniversary—to remind your guy to see a doctor at least once annually. "If [men] see their doctor once a year and [get] basic screenings, they can assure themselves that they can intervene at the right time and reduce the risk of dying" from preventable medical problems, Murad says. It also may help to offer to accompany your guy to the doctor's office because it "provides support and shows them that you're interested," Murad says.

Getting an Annual Physical

Routine annual doctor's visits are important because they can identify health problems that would otherwise go undetected. For example, nearly a third of men who have diabetes don't know they have it, and men are 30 percent more likely than women to die from diabetes. A routine annual doctor's visit will likely include a physical examination, a blood pressure check, and a blood test that will, among other things, check cholesterol levels and blood sugar readings.

Depending on the man's age and risk factors, additional testing may be suggested to check for signs of cancer, heart disease, or other problems. A colonoscopy may be recommended, for instance, in an effort to cut the risk of getting colon cancer, which is one of the most preventable cancers. A man's doctor may also suggest PSA testing to help detect prostate cancer, but there is some controversy over whether this test should be used routinely.

Aside from going to the doctor, men should make the effort, day in and day out, to maintain a healthy diet and an exercise routine in order to ward off health problems later. The U.S. Department of Health and Human Services recommended last year that adults get 2.5 hours per week of moderate exercise.

View easy to use exercise equipment

Don't Forget to Give Yourself TLC

Men should also make an effort to stay safe on their jobs —especially men employed in noisy workplaces, or in jobs where they could be easily injured. About 11,500 private-sector workers experience a work-related injury or illness every day, and more than half need a job transfer, time off, or work restrictions as a result, according to the Centers for Disease Control and Prevention.

"We see a lot of men that don't protect their hearing, and they work in a noisy environment and eventually end up with hearing deficits," Murad says. Men should follow the rules established by their employers to protect their safety, including their hearing and eyesight, he says. When one gets a new job, it's important to pay attention during orientation sessions that explain the company's workplace health and safety practices. Longtime employees could consider asking for a manual on employee safety procedures to refresh their memory of what they should be doing to protect themselves, Murad suggests. 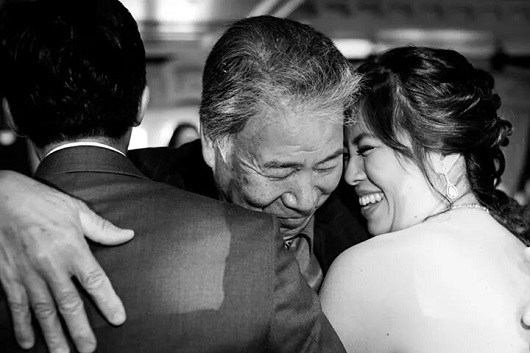 And it's important to think about any behaviors that can negatively affect one's health. About 20.2 percent of men smoke tobacco, compared with 16.5 percent of women. Quitting smoking can lengthen lifespans and improve quality of life.  Eventually a vaccine may help people quit smoking, but that is a few years away. For now, nicotine-replacement therapy or medications like bupropion (Zyban) and varenicline (Chantix) can help those who want to give up cigarettes kick the habit.

Drinking alcohol, too, can have a negative impact on health, if not done in moderation. About 5.6 percent of men binge drink—that is, consume five or more drinks on one occasion—compared with 4.2 percent of women (for whom binge drinking is defined as four or more drinks). Excessive consumption of alcohol can increase triglyceride levels and may result in high blood pressure, stroke, heart failure, or alcoholism. The American Heart Association suggests that men who drink regularly stick with an average of one or two drinks per day. (A one-drink daily limit is advised for women.) Still, research suggests that drinking alcohol may not be all bad: Moderate consumption of alcohol may slightly raise HDL—the good type of cholesterol.

Another effect of drinking alcohol that people might not consider? It increases the number of calories you take in, which can lead to obesity and a higher risk of diabetes. "I know people who lose a lot of weight just by cutting back on their alcohol intake," Murad says.

With so many health threats to think about, men need more than one day or one week per year to focus on their health. So while Father's Day will come and go and the clock will run out on National Men's Health Week (June 9 to June 15), Congress is gearing up to make men's health a year-round focus.

<   Health Care Recommendations In Your 70s And Older